How To Know If Someone Is Sabotaging You

Sabotaging. A verb riddled with many layers of misunderstanding. There is, of course, the infamous self-sabotage. Oh my, that’s a topic requiring endless hours of therapy and self analysis! But today, I’d like to focus on others. As in, people in our lives and knowing whether or not their advice is coming from a genuine place of wanting the best for us.

Truth alert: Not everybody who offers advice – or a suggestion or tries to dissuade you from doing things differently – is in sabotaging mode.

Not to mention, if someone…

…it doesn’t mean they have a bad attitude or coming from a place of ill intention. 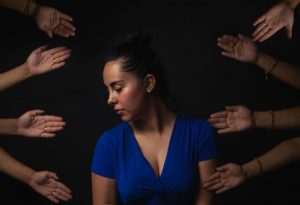 There are those who have been there before you and they want to save you from the pain. They want to suggest an alternative route. Believe it or not, there are people out there who might know more than you. Hence, not everybody who’s suggesting you look at things differently is all about sabotaging you.

Look in the mirror and make sure you’re having an open mind to the feedback you’re getting. Because it doesn’t do us any good to go,

This person just doesn’t believe in me and they’re trying to sabotage me! I thought I would have their support and they’re just doubting me and thinking I can’t do it. Ugh!

It doesn’t do any good to act defensively, no matter what the opinion offered is. Even if it’s someone who’s warning you about something you’re dying to do:

Have an open mind. If you’re getting really defensive, it might mean that it’s time for you to sit down with a pen & piece of paper. Actually, weigh those pros and cons. Write down every possible bad thing and then every possible positive thing. If the pro column is much heavier than the negative column, well, then you probably have made the right decision. 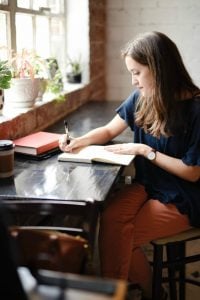 Oftentimes the people who love us most are just trying to make us think critically about a decision we’re pondering. Getting us to examine every corner before we move forward. Those are the people I call protectors.

The person who just doesn’t want you to fail, feel any pain, be unhappy, and/or feel sadness. That’s someone who’s quite overprotective. You may hear their words of caution, but you probably know in your gut it’s not healthy to listen. Like, really listen. Because, if you did, you’re likely to never grow.

And this person, 99% of the time, is someone whom you’ve always considered rational – until THIS moment. For the first time, they’re questioning you and/or asking you to question your own motives. Again, you’ve always seen them as reasonable and smart – with a great way of looking at things – but now you’re head is swirling with defensive thoughts:

“She’s sabotaging me! Why doesn’t she support me anymore?!”

Said protector is, most likely, trying to make sure you’re looking at things very realistically. 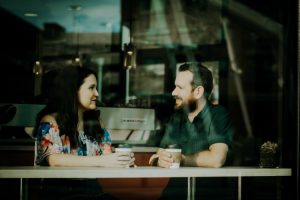 Now, you have got to check out my latest podcast, titled: What To Do When No One Supports You & Your Change For The Better! I’m able to really dig deep and truly get into the nitty gritty about all the other people. You know, those who don’t fall into the protector categories! If you’re looking to make positive changes in your life – but aren’t feeling support from those who matter most – then you must listen NOW!