Why Do We Procrastinate?

If we’re going to beat procrastination, we have to figure out why we procrastinate. While that statement may fall under the category of “duh!” – I promise you the majority of humanity never learned to identify WHY they procrastinate in the first place. Plus, because it seems that everyone is always complaining about procrastination – on some level – it’s just accepted as a normal everyday part of life. But it doesn’t need to be!

5 reasons why we procrastinate… 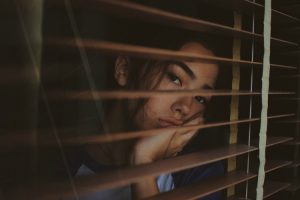 We think we can get whatever impending task completed in a really short amount of time, therefore we put it off until the last possible second.

The to-do list is just so long that we don’t even know where to start, or worse yet, we haven’t even made a list. Ouch.

Take, for example, someone in your family has asked you to vacuum the house. However, it’s not on YOUR list of priorities. Hence, you’re going to put it off –  even if it’s not purposefully, but, rather, subconsciously.

When you don’t “feel like” doing things. This can be serious if you’re dealing with depression, anxiety, or sadness.

Number five: Not motivated by the outcome or unknown.

Perhaps you’re putting off a conversation because you don’t know how it will turn out. Or maybe you keep “forgetting” to email back that job application on account of how much your life might change if you got hired. 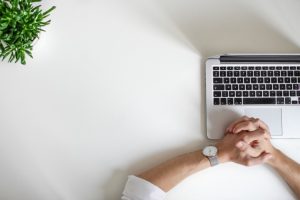 Okay, good. You learned WHY you procrastinate. But now what?

Get out a pen, piece of paper, and brainstorm all the things you’d like to do. Do this without regard to the area of your life that needs improving. It doesn’t matter whether it’s fitness, home, family, doctor’s appointments, big dreams, career, kids, trip to the store, redecorating, etc.

Schedule yourself about 30 minutes to really think about everything that’s bouncing around in your head. Ping-pong these ideas which are weighing on you. Get them all on paper, lifers!

See, once you make this exhaustive list, you’re going to realize there are some items that actually don’t need to be done right now. Part of the reason they’re causing you stress and overwhelm is because your brain is afraid you’re going to forget you want to do these things.

For example, Bret and I want to travel. In order to do that internationally, we need to renew our passports. That said, there isn’t a huge rush because we’re not circling the globe in the next 5 days. Nonetheless! That thought – “we need current passports!” – continued to bounce around in my head. Weighing on me.

That all disappeared once I put that task on paper and, then, filed it under my to-do list. With that, came peace of mind because I no longer had to worry about forgetting it. 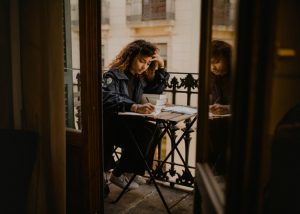 Make your master list, and then identify those things that you really need to procrastinate on. Take those projects and move them to either this week, this month, this quarter, or this year. Those are four separate lists. For longer goals such as those, I recommend using an app on your phone.

For goals that have a higher ranking in priority and must be accomplished sooner, transfer them to…

For this crucial next step, plus 3 additional, you’re going to want to listen to my newest game-changing podcast on The Chalene Show, “Stop Putting It Off!” Also, I’m able to really dissect points 1 – 5 above!

And don’t forget to subscribe to TCS for weekly hacks on getting your whole life right!

Here’s to getting your life right and making your dreams come true! It’s time to get out of your own way.

One response to “Why Do We Procrastinate?”